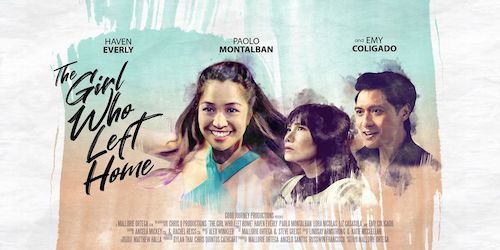 In her feature directorial debut, Mallorie Ortega orchestrates a whimsical musical about a young woman on the brink of Hollywood stardom, but is pulled back into her past life and family obligations. The cast features Haven Everly, Emy Coligado, Paolo Montalban, Lora Nicolas, Liz Casasola, Russwin Francisco and Mitch Poulos.

This film is only available to viewers in Southern California (excluding San Diego County) from Thursday, October 1, 2020 at 12pm PT to Sunday, October 4, 2020 at 11:59pm PT. Tickets may be purchased during this Viewing Time. There are no advanced ticket sales. Online viewing is available to Southern California (excluding San Diego County).

For tickets to The Girl Who Left Home at LAAPFF, click here.