Go For Broke National Education Center (GFBNEC) will launch its new Defining Courage exhibition on Saturday, May 28, 2016, with a Free Homecoming Festival and Film Screening in the Little Tokyo district of Los Angeles.   Honoring Memorial Day, the film series examines the war and civil rights in the past and present.  Focusing on stories from World War II, the struggle for civil rights in California and the current political climate, these films create a dialogue that links our past with the future.   Each film is followed by a Q&A with the director and Mitch Maki, dean of the College of Health and Human Services at California State University, Dominguez Hills.  To learn more, please visit www.GoForBroke.org.  All films are free to the public.

An expert on the issue of redress for the survivors of the incarceration camps, Maki says he is led by the desire to “make a difference in people’s lives for the better and wanting to empower individuals and communities to address issues of social justice.” 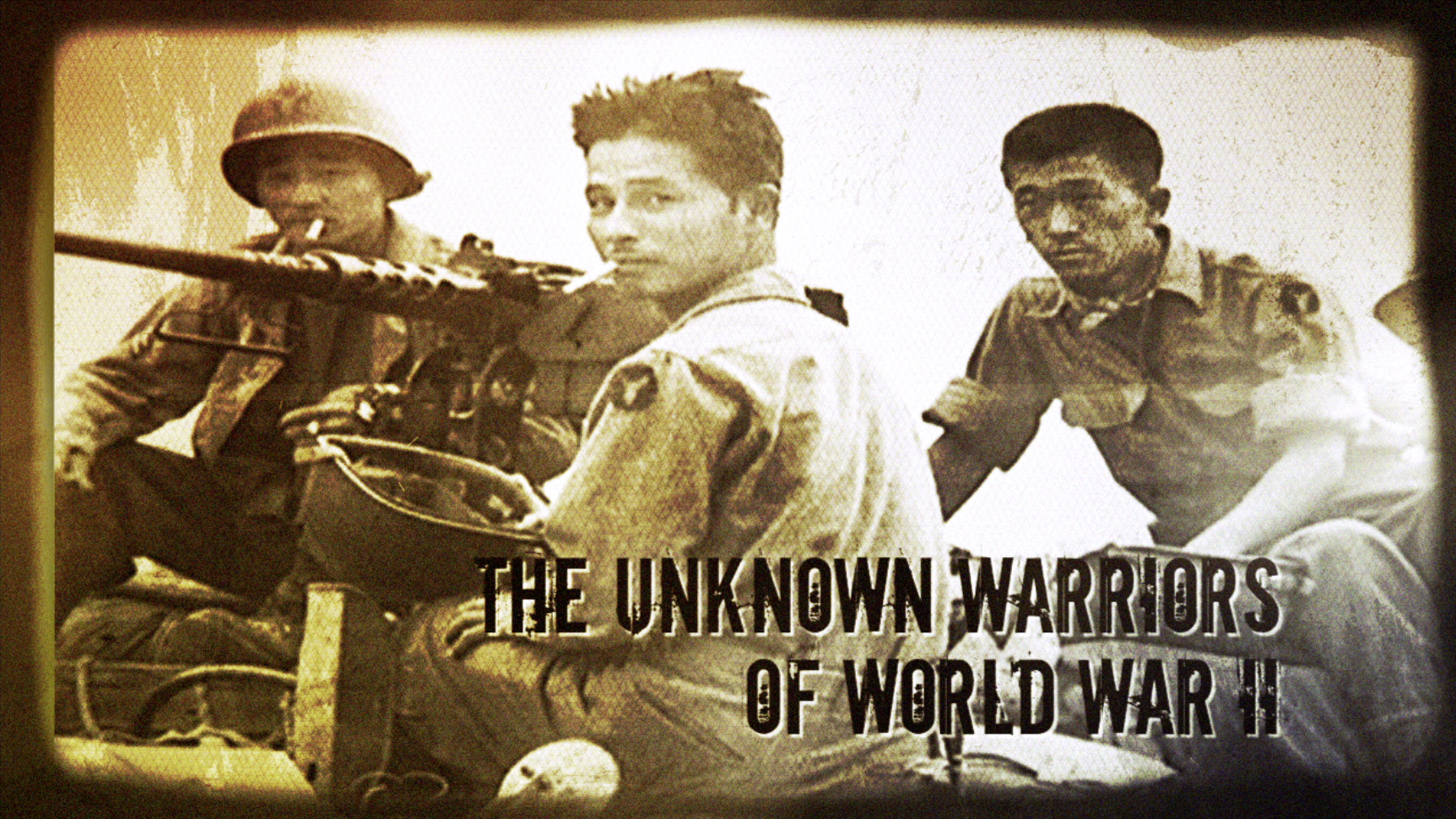 1:00 PM Unknown Warriors of World War II Screening followed by Q&A with Director and Producer David Ono
In December 1941, Japan bombed Pearl Harbor. The U.S. was at war. Americans of Japanese descent suddenly found themselves labeled “Enemy Alien.” Over 110,000 Japanese Americans were sent to incarceration camps. From behind the barbed wire, young men volunteered for military service by the thousands. The U.S. Army put them in their own segregated units­–the 100th Infantry Battalion and the 442nd Regimental Combat Team. These became the most decorated unit in U.S. military history.  In the Pacific, other Japanese American (JA) soldiers fought heroically in the Military Intelligence Service. “Unknown Warriors of World War II” shines light on the brave, patriotic legacy of the JA soldiers of World War II. 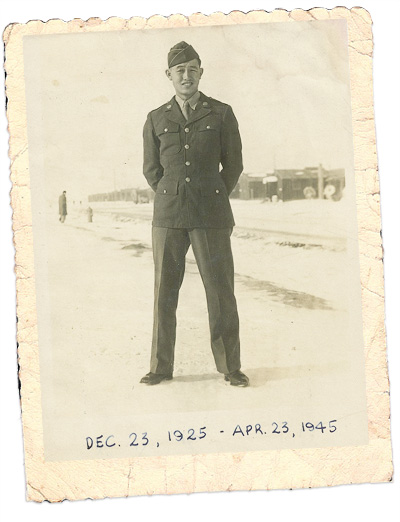 2:00 PM a Flicker in Eternity Screening Followed by Q&A with Director, Producer and Writer Sharon Yamato
In November of 1942, Stanley Hayami began keeping a diary that captured the harsh reality of living in an incarceration camp at Heart Mountain, Wyoming, and his personal struggles as a student, son, brother, friend, and citizen of the world, who despite all obstacles, held onto his dreams of the future.  Stanley’s diary serves as witness to a dark time in our history and is told through the eyes of a teenager who will soon be expected to take up the responsibility of a man. As you read his diary, you will discover Stanley’s creative talents, as well as his idealism, his optimism, and his aspirations as he shares his quirky sense of humor, his more serious side, and his dream of a “United Nations of Earth.” 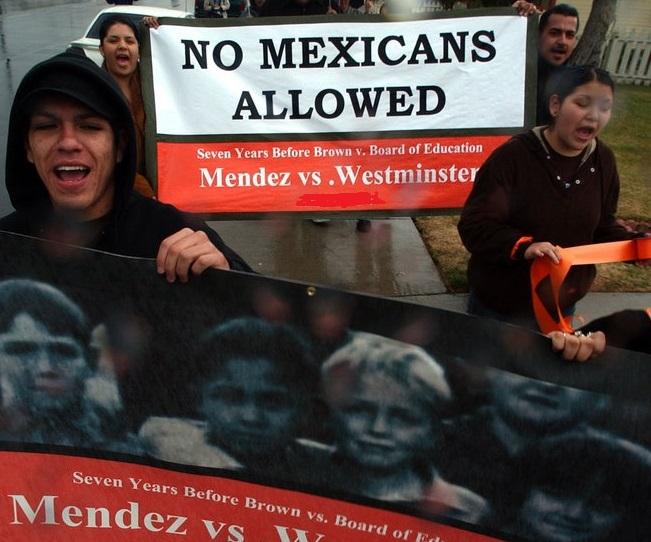 3:00 PM Mendez vs. Westminster: For All The Children /Para Todos Los Niňos Screening Followed by Q&A with Writer and Producer Sandra Robbie
During WWII and the Japanese American incarceration, a Mexican American father and his Puerto Rican wife led a lawsuit including five Latino families against four Orange County, CA school districts that would help to make California the first state in the nation to end school segregation.  In 1947, the case of Mendez vs. Westminster helped pave the way to the Supreme Court decision of Brown v. Board of Education seven years later.  Among many surprises, then-California Governor, Earl Warren, and NAACP attorney, Thurgood Marshall, were involved in both cases.

4:00 PM Voices in Exile: Immigrants and the First Amendment Screening Followed by Q&A with Director Joan Mandell
“Voices in Exile” succinctly documents the beginnings of the longest running deportation case in U.S. history: the 20 year trial of the “LA8”. This riveting video examines plans for rounding up Arab Americans, reminiscent of the WWII incarceration of Japanese Americans, and foreshadowing Guantanamo.  The ACLU and Center for Constitutional Rights take on the FBI, INS and Justice Department in a courtroom battle over First Amendment rights for all non-citizen residents.

Go for Broke National Education Center’s Defining Courage Exhibition:
Pearl Harbor changed the lives of all Americans, but one group of citizens was affected beyond compare. Japanese Americans were literally stripped of their rights as citizens, and sent to incarceration camps. Defining Courage provides an opportunity for visitors to experience the results of fear mongering and discrimination and reminds us that as Americans, we are all citizens.  Through the stories of the Japanese American soldiers of World War II, visitors learn how to act with similar courage in their own lives.

GFBNEC will debut its new interpretive exhibition and facilities to the public on Saturday, May 28, 2016. GFBNEC is located at 355 E. 1st St., Suite 200 in Los Angeles, CA 90012.  For additional information, visit http://www.goforbroke.org.

About Go For Broke National Education Center (GFBNEC)
Since its formation in 1989, Go For Broke National Education Center has been committed to educating the public about the responsibilities, challenges, and rights of American citizenship by using the life stories of the Japanese American soldiers of World War II. In order to share these stories, they began video recording the oral histories of Japanese American veterans, and today they have the largest collection of its kind in the country. The interviews have been incorporated into a complete curriculum with lesson plans and web-based project learning to share their story with youth across the country.