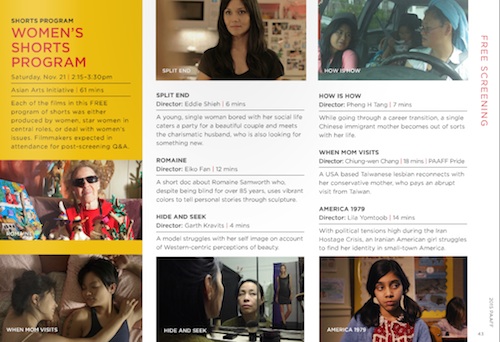 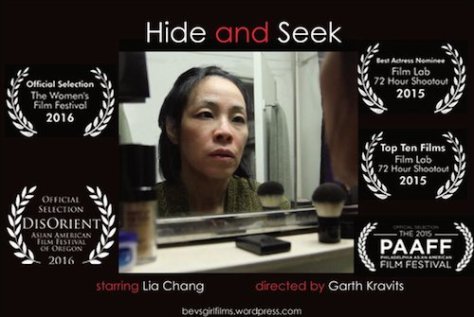 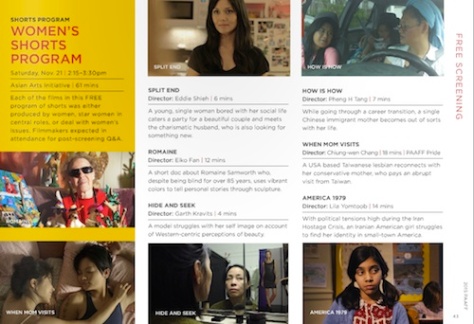 The event is free and open to the public, with food provided by the Student Center for Inclusion and Culture of Drexel University.

Each of the six short films was either produced by women, star women in central roles, or deals with women issues. After the screening, there will be a Q & A session with two of the local filmmakers: Pheng Tang and Eiko Fan.

A young, single woman bored with her social life caters a party for a beautiful couple and meets the charismatic husband, who is also looking for something new.

A short doc about Romaine Samworth who, despite being blind for over 85 years, uses vibrant colors to tell personal stories through sculpture.

A model struggles with her self image on account of Western-centric perceptions of beauty.

While going through a career transition, a single Chinese immigrant mother becomes out of sorts with her life.

A USA based Taiwanese lesbian reconnects with her conservative mother, who pays an abrupt visit from Taiwan.

With political tensions high during the Iran Hostage Crisis, an Iranian American girl struggles to find her identity in small-town America.

For more information, you can contact Xintong Chen, the current cultural and educational chair of Sigma Psi Zeta Sorority Inc. at Drexel University at syz.mesmeric@gmail.com.

About the Philadelphia Asian American Film Festival (PAAFF)
The Philadelphia Asian American Film Festival (PAAFF) is the first and only event of its kind in Philadelphia, bringing in audience members from all over the region and Asian American filmmakers, actors, and leaders, from around the world. The festival also hosts numerous screenings year-round independently and in partnership with regional arts and community organizations. PAAFF is now accepting submissions for the 2016 Festival which runs from November 10-20, 2016. Click here for more details on how to submit your film for consideration.