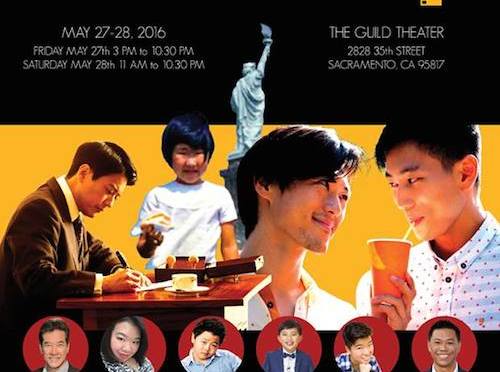 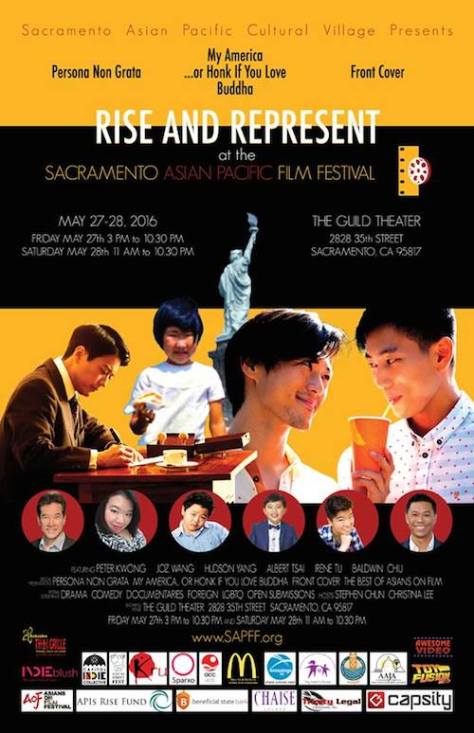 Included with the Full Festival Pass, attend the Rise and Represent panel, along with all Special Presentations, and all Official Selections.

General FFP: $50
Students/Seniors FFP: $25
Students may be requested to provide a valid student ID. Seniors are 62 years young and up.

BIG TROUBLE IN LITTLE CHINA screens at Crest Theatre in Sacramento on May 27; with Special Guest Peter Kwong

Q & A with Ed Moy, Filmmaker of AVIATRIX: THE KATHERINE SUI FUN CHEUNG STORY and UP IN THE CLOUDS; both films screen at the 2016 Sacramento Asian Pacific Film Festival on May 27

The signature event of the Sacramento Asian Pacific Cultural Village, SAPFF serves alongside a continuum of events and programming in support of traditional and contemporary Asian and Pacific Islander artistic expression within the Sacramento Region.  Since 2013, SAPFF has been a champion of independent films featuring the works of Asian Pacific Islanders in front of and behind the camera. 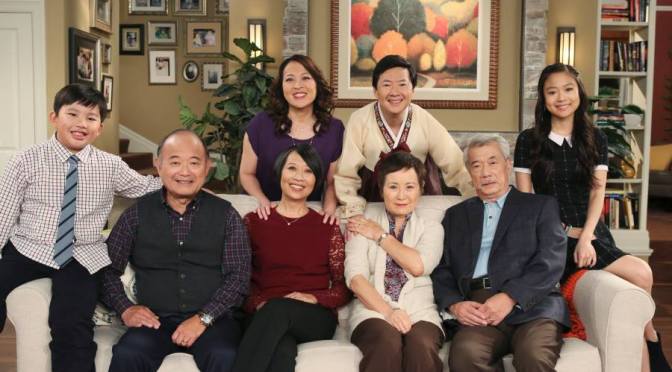 “Thanksgiving Culture Clash” – Molly rebels and gets a Japanese tattoo, which spirals Ken and Allison into having a cultural face-off when Allison claims she is more Japanese than Ken is Korean. At a holiday dinner, they push their traditional dishes on their guests, while Dave documents the Thanksgiving events for a school project. Also, Julie, fearful of being alone due to a recent heartbreak, invites the office over to her place – but Damona and Clark try finding a way to leave early so they can make it to their other Thanksgiving plans.

Jeanne Sakata is a renowned actress whose acclaimed “cross-gender” portrayal of Master Hua in Chay Yew’s RED at East West Players earned her the LA Ovation Award for Best Lead Actress. She recently starred as Masha in the LAPC Theatre production of  Vanya and Sonia and Masha and Spike, and appeared in A Noise Within’s (ANW) production of Figaro.

Her critically acclaimed play Hold These Truths (formerly Dawn’s Light: The Journey of Gordon Hirabayashi), had its world premiere in 2007 at Los Angeles’ East West Players, co-presented by the UCLA Department of Asian American Studies, the UCLA Asian American Studies Center, and the Japanese American National Museum. In its 2012 New York premiere at the Epic Theatre Ensemble, Hold These Truths opened to unanimous rave reviews from The New Yorker, The Washington Post/API, and many other theatre critics, resulting in a Drama Desk Nomination for Outstanding Solo Performance, and a subsequent Hawaiian premiere, co-presented by Daniel Dae Kim and the Honolulu Theatre For Youth. Developed by the Lark Play Development Center and the New York Theatre Workshop, it has also been performed at Chicago’s Pritzker Pavilion with Silk Road Rising/Millennium Park, the University of California at Riverside and the University of Tennessee at Knoxville, where it served as the inspiration and theatrical centerpiece of the civil rights symposium Civil Liberties, National Security and the Legacies of the Japanese Removal and Incarceration. With the East West Players Theatre For Youth program in 2008 and 2010, the play has twice toured high schools and junior high schools in the Los Angeles Unified School District. Hold These Truths is now part of the Jeanne Sakata Collection in the Library of Congress Playwrights Archive, Asian American Pacific Islander Collection, Washington DC. (www.holdthesetruths.info, www.facebook.com/holdthesetruths),  www.holdthesetruths.info)

Lia Chang is an award-winning filmmaker, a Best Actress nominee, a photographer, and an award-winning multi-platform journalist. Lia has appeared in the films Wolf, New Jack City, A Kiss Before Dying, King of New York, Big Trouble in Little China, The Last Dragon, Taxman and Hide and Seek. She is profiled in  FebOne1960.com Blog, Jade Magazine and Playbill.com.

All text, graphics, articles & photographs: © 2000-2015 Lia Chang Multimedia. All rights reserved. All materials contained on this site are protected by United States copyright law and may not be reproduced, distributed, transmitted, displayed, published or broadcast without the prior written permission of Lia Chang. You may not alter or remove any trademark, copyright or other notice from copies of the content. For permission, please contact Lia at lia@liachangphotography.com