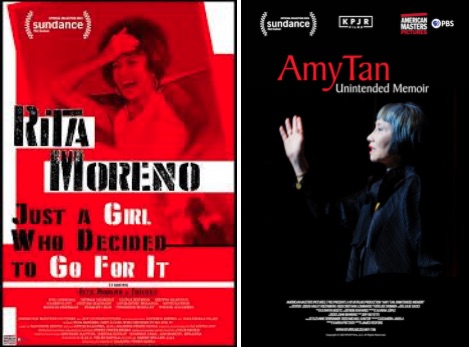 Three American Masters Pictures documentaries will world premiere at the 2021 Sundance Film Festival, which runs January 28 – February 3: Rita Moreno: Just a Girl Who Decided to Go For It, Ailey and Amy Tan: Unintended Memoir. These films will have their exclusive U.S. broadcast premieres on American Masters on PBS at a later date. Additionally, Jamaica Heolimeleikalani Osorio: This is the Way We Rise, now streaming as part of American Masters and Firelight Media’s documentary short film series In the Making, will screen in Sundance’s Short Film program.

“Premiering a film at the Sundance Film Festival represents the pinnacle of achievement in independent film,” said Michael Kantor, Executive Producer, American Masters Pictures. “Our mission is to empower filmmakers to tell compelling stories about the people who shape our culture: from emerging talents like Jamaica Heolimeleikalani Osorio to icons like Rita Moreno, Alvin Ailey and Amy Tan.”

“2021 marks five years since we launched American Masters Pictures to build on our commitment and connection to the independent film community,” said Stephen Segaller, Vice President of Programming at The WNET Group, whose THIRTEEN unit produces American Masters for PBS. “We are ecstatic that these films will premiere at Sundance and can’t wait to share them with our audiences on PBS.”

Directed by Mariem Pérez Riera, Rita Moreno: Just a Girl Who Decided to Go For It follows the star’s rich, decades-long career using vérité footage of Moreno today, archival footage of her roles and appearances, reenactments of her childhood, animation and new interviews. Despite becoming the first Latina actress to win an Oscar, studios continued to offer Moreno only roles as stereotypical ethnic minorities, ignoring her proven talent. Throughout her career, Moreno paved the way for Hispanic American performers by refusing to be pigeonholed into one-dimensional stereotypes. Film interviewees include George Chakiris, Hector Elizondo, Gloria Estefan, Tom Fontana, Morgan Freeman, Mitzi Gaynor, Whoopi Goldberg, Norman Lear, Eva Longoria, Justina Machado, Terrence McNally, Lin-Manuel Miranda, Karen Olivo and Tony Taccone. Rita Moreno: Just a Girl Who Decided to Go For It is produced by Brent Miller, p.g.a., and is a production of American Masters Pictures and Act III Productions in association with Artemis Rising and Maramara Films. 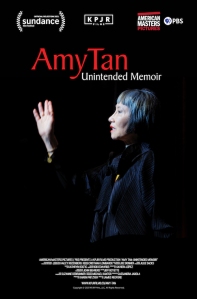 Directed by the late James Redford, Amy Tan: Unintended Memoir tells the story of the author whose first novel, “The Joy Luck Club,” was published to great commercial and critical success. With the blockbuster film adaption that followed as well as additional best-selling novels, librettos, short stories and memoirs, Tan firmly established herself as one of the most prominent and respected American literary voices working today. Archival imagery, artful animation and live performances from Tan create a vivid, colorful journey through Tan’s life and career. Amy Tan: Unintended Memoir is Redford’s last completed film and a testament to his artistry and dedication to the craft. Amy Tan: Unintended Memoir is produced by Cassandra Jabola and Karen Pritzker, and is a KPJR Films production.

A visionary artist who found salvation through dance, Alvin Ailey confronted a world that refused to embrace him and was determined to build one that would. Directed by Jamila Wignot, Ailey is a feature-length portrait of the life and work of  this brilliant, enigmatic and tenacious man. Ailey’s commitment to searching for truth in movement resulted in pioneering and enduring choreography that centers on African American experiences. This resonant biography grants artful access to the extraordinary man who founded one of the world’s most renowned dance companies: the Alvin Ailey American Dance Theater. The documentary is an immersive portrait told in Ailey’s own words through the creation of a new commission inspired by his life. Ailey is produced by Lauren DeFilippo, and is a production of Insignia Films in association with American Masters Pictures, ITVS, XTR, Impact Partners, and Black Public Media.

In This is the Way We Rise filmmaker Ciara Lacy documents Jamaica Heolimeleikalani Osorio, a Kanaka Maoli wahine poet, activist and academic, and her continued work towards justice for Hawaii’s native population. The short is part of the In the Making series, which is a production of Firelight Media in association with THIRTEEN’s American Masters for WNET.

About American Masters Pictures
Founded in 2016 by executive producer Michael Kantor, American Masters Pictures is WNET’s theatrical imprint for documentaries co-produced by American Masters, the award-winning biography series that celebrates our arts and culture. American Masters Pictures partners with filmmakers, distributors and sales agents on non-broadcast releases including film festivals, theatrical, online, DVD, VOD and OTT, with PBS as the exclusive U.S. broadcaster of all films as part of the American Masters series. Films include Miles Davis: Birth of the Cool, N. Scott Momaday: Words from a Bear, Toni Morrison: The Pieces I Am, Sammy Davis, Jr.: I’ve Gotta Be Me, Bombshell: The Hedy Lamarr Story, Itzhak, Norman Lear: Just Another Version of You, Maya Angelou: And Still I Rise and Garry Winogrand: All Things are Photographable. Since 1986, American Masters has set the standard for documentary film profiles, accruing widespread critical acclaim: 28 Emmy Awards — including 10 for Outstanding Non-Fiction Series and five for Outstanding Non-Fiction Special — 14 Peabodys, an Oscar, three Grammys, two Producers Guild Awards and many other honors. The series is a production of THIRTEEN PRODUCTIONS LLC for WNET. American Masters Pictures will be represented by three films at the Sundance Film Festival in 2021: Rita Moreno: Just a Girl Who Decided to Go For It, Ailey and Amy Tan: Unintended Memoir.