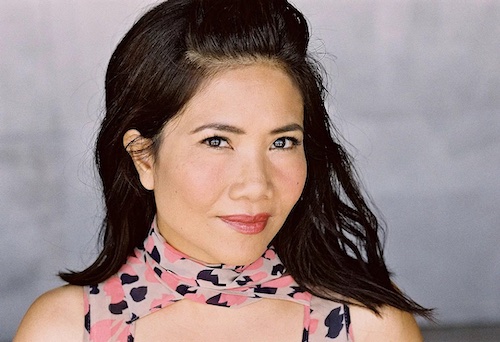 In 2018, Emy Coligado landed her dream role as Mary Santos in Mallorie Ortega’s The Girl Who Left Home (formerly Nanay Ko), a musical dramedy film about a Filipino-American who must put her dreams aside to keep her family restaurant from eviction.

Emy Coligado got her start in the business in New York in musical theater and performed on Broadway in Miss Saigon. Coligado later discovered her love for comedy while in sketch comedy shows at Caroline’s Comedy Club and The Duplex. She moved to  LA to pursue tv/film, and is best known to television audiences from her recurring roles in the critically acclaimed FOX show, “Malcolm in the Middle” where she played Piama, the wife of the oldest son, Francis; and as Emmy on “Crossing Jordan.”

Other notable tv credits include “Claws,” “Fresh Off The Boat,” and “Shameless.” She has had a number of series regular roles on ABC and NBC pilots. Her films included The Three Stooges and Miss Congeniality 2 to name a few, and she has worked with directors such as the Farrelly Brothers, Wim Wenders & Howard Deutch.

In addition to GWLH, Coligado saw the release of two other films in 2020, Matthew Ya-Hsiung Balzer’s The Catch and Gina O’Brien’s First One In (on Amazon Prime), within a 2 month time span due to COVID.  Her latest guest starring roles include the new TV series Run The World (Starz) and Netflix’s Archive 81 series,  based on the supernatural horror podcast produced by James Wan’s Atomic Monster.

Emy’s performance in The Girl Who Left Home resonated with me, and she agreed to answer a few questions via email about her slate of indie releases.

Lia: How were you cast for each of the films released in 2020?

Emy: I booked The Catch through my manager and shot my scenes over nine days in Massachusetts in 2018. The Catch was challenging for me because my character, Lily McManus, didn’t have a ton of lines but her presence was very important to the story. Filling up the spaces is really left to the actor’s imagination and the director/cinematographer’s vision. Being comfortable with simplicity and quiet was something new for me.

First One In was exciting because it was a largely female cast with women of different backgrounds, body types, and ages. Having to play tennis and being the weakest player on the team was not a reach for me at all. It was fun because I didn’t have the pressure of having to look skilled. I could still concentrate on trying my best at keeping my eye on the ball and know that my natural lack of talent would come through. Haha! It was also wonderful to shoot in NYC (Long Island specifically) for the first time. I shot over a  ten day span in 2019.

I learned about The Girl Who Left Home (GWLH) through Backstage. I later found out that my tape was set aside because I wasn’t the right age range they were looking for. My friend Eymard Cabling knew the writer/director Mallorie Ortega. He recommended me and so they went back into their archives and found my audition.

GWLH was special to me in many ways. I started my career in musical theater. I stopped singing for something like 15 years and concentrated on my tv/film career in LA. Then 2 years ago, I returned to NY in hopes of doing musical theatre again. GWLH is a musical film. So doing both wasn’t something I planned but was a happy melding of the two. It’s also a Filipino American story. I remember while I was shooting I had a whole new level of happiness. And what I realized was that my happiness was because I finally felt free. I was finally playing a role that was specifically Filipina and a lead role. I had never really had that opportunity in my 25 years of performing. So I guess you could say it was a dream come true that I didn’t dream of. My shooting schedule for GWLH was three weeks in Maryland.

Lia: Was there one particular film that resonated with you more?

Emy: Most definitely GWLH. In the film, Mary loses her husband. The role is particularly special to me because my Dad had just passed away from pancreatic cancer. I moved out of LA and in with my mom to keep her company for 6 months. I had witnessed my own mom mourn her partner of more than 50 years. So loss was very much a part of my life during shooting. Art was imitating life or life was imitating art so to speak. The film is in dedication to Dad and an homage to Mom.

Lia: What was it like to pivot to virtual press and screenings?

Emy: I actually don’t have much experience with independent film to compare it to. But I will say, I enjoy doing interviews online. Getting ready is much easier. You only have to worry about the top half looking good. Commuting in traffic is out the window which I welcome any day. I do wish, however, that we could’ve done physical screenings. I was looking forward to GWLH especially because the cast and crew became so close. I haven’t attended a film festival with one of my own films yet so I hope that will be in my future.

Lia: How have you been managing through the pandemic?

Emy: Business-wise, not knowing when or if you’ll work again is something I have always dealt with. So that part of the pandemic, while not fun is also not new. Thank god for online readings. No, they aren’t the same but it is still a creative outlet & an opportunity to exercise my muscle. Personally, at this very moment I’m anxious. Life again is teaching me (and the world) that health is wealth. I’m not so much worried for my own but for some close people in my life. So I’m sending out good juju to them & anyone who needs it out there. I am so ready for 2021 & am just hoping for a year that is less “exciting.”

The Catch is a Manchester Film Festival official selection. It is available to view online in the UK in March 2021. Visit maniff.com