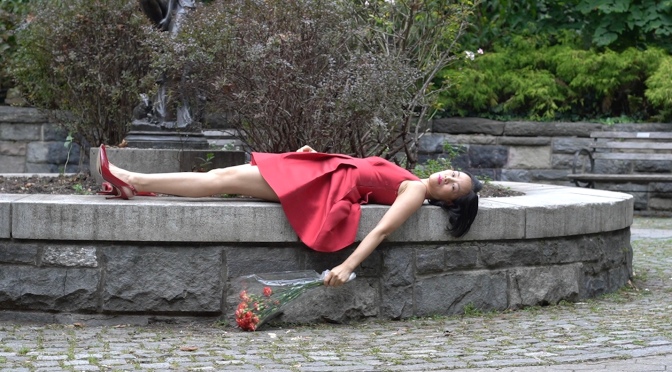 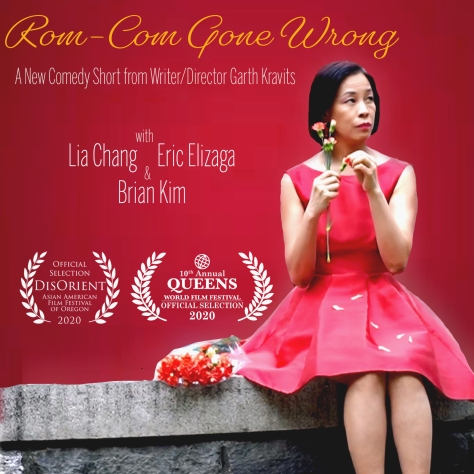 Written and directed by Garth Kravits, ROM-COM GONE WRONG stars Lia Chang, Eric Elizaga and Brian Kim and will have its world premiere screening at the Redwood Auditorium, University of Oregon on March 14th in the Shorts Program: Modern Romance at 8:50 pm.

The DisOrient Asian American Film Festival showcases narrative, documentary, and short films with a focus on authentic Asian American and Pacific Islander voices and stories- celebrating inclusion, diversity and universal human experiences. The Festival will take place from March 12-15, 2020 at selected locations in Eugene, OR. For more information on the festival click on https://disorientfilm.org

Eric Elizaga quit his medical sales and marketing job in his home state of Hawaii to go to acting school in New York. Since then, he has appeared in over a dozen television shows including Elementary, Orange Is The New Black, Hawaii 5-0, FBI, as well as recurring roles on Law & Order: SVU and Gotham. Eric also wrote and directed a short film called  The Beach House for which he won the best short film director award at the Bergen International Film Festival. The Beach House was also an official selection at the 2019 Disorient Film Festival.

Garth Kravits is an actor, singer, musician, composer and award winning filmmaker, director and editor. He made his Broadway debut in the Tony award winning musical The Drowsy Chaperone and originated the role of Ritchie in the Broadway show Gettin’ the Band Back Together’.

His Off-Broadway credits include Old Jews Telling Jokes, Toxic Audio and Smart Blonde. He has appeared regionally in Gettin’ The Band Back Together, Meet Me in St. Louis: A Live Radio Play, and It’s A Wonderful Life: A Live Radio Play, (Bucks County Playhouse) Kravits has appeared on TV in “Mr. Robot,” “The Marvelous Mrs. Maisel,” HBO’s “Divorce,” “30 Rock,” “The Blacklist,” “Nurse Jackie,” “The Carrie Diaries,” “Hostages” and in the new TV shows “The Hunters” (Amazon Prime) and “Tommy” (CBS).

Lia Chang is an actor, a multi-media content producer and co-founder of Bev’s Girl Films, making films that foster inclusion and diversity on both sides of the camera. Bev’s Girl Films’ debut short film, Hide and Seek was a top ten film in the Asian American Film Lab’s 2015 72 Hour Shootout Filmmaking Competition, and she received a Best Actress nomination. BGF collaborates with and produces multi-media content for artists, actors, designers, theatrical productions, composers,  musicians and corporations. Lia has appeared in the films Wolf, New Jack City, A Kiss Before Dying, King of New York, Big Trouble in Little China, The Last Dragon, Taxman, Balancing Act, Belongingness, When the World was Young and Hide and Seek, which screened at DisOrient in 2016.