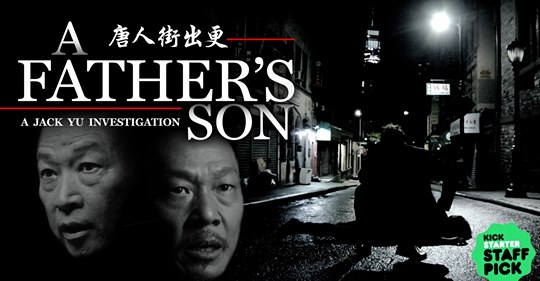 Chinatown noir thriller A Father’s Son, a short film/pilot based on the characters from Henry Chang’s NYPD Detective Jack Yu crime series novels, will star Tzi Ma (Rush Hour, The Farewell, Mulan) and Perry Yung (“The Knick,” “Warrior,” Boogie) .  Set in the early ’90s when local street gangs terrorized Manhattan’s Chinatown, the story centers on Detective Jack Yu investigating the murder of a teenage boy involved in a turf war. Amidst the broad distrust and racial divide between the Chinatown community and NYPD, our lone lawman searches for a nondescript immigrant family to deliver a shattering message that also brings forth his own conflicted relationship with Jack’s father.

Director’s Statement
“Since 2006, Henry Chang’s posters of his crime drama book series, Chinatown Beat, Year of The Dog, Red Jade, and Death Money were displayed at my two favorite NYC Chinatown restaurants: 69 Bayard and Wo Hop City. The posters caught my attention for years until I purchased his first book titled Chinatown Beat. 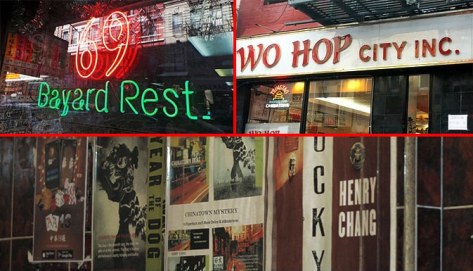 After reading the first installment, I became enamored with the fictional character Jack Yu, a NYPD Detective torn between justice and the injustice to his community. He was a born-and-bred New Yorker with a New Yawk accent trying to do good. It was the first time reading about a Chinese-American protagonist who wasn’t an American stereotype. Jack wasn’t a cook, waiter, deliveryman, an herbalist, railroad worker, opioid dealer, martial artist, monk or Manchu.

Positive Asian-American role models were invisible unless it was Bruce Lee, Jackie Chan and Jet Li, or another martial art figure. Only little known-actor Dennis Gong Dun came close portraying a Chinese-American protagonist in Year of the Dragon as Herbert Kwong, and as Wang Chi in Big Trouble in Little China. But that was only around 1980s.

Today, thanks to organizations like Gold House and box-office hits like Crazy Rich Asians, there’s a genuine opportunity for good stories with tangible Asian-American characters. It’s been 13 years since the release of Chinatown Beat and I felt this was the right time to bring Jack Yu to light in our story, A Father’s Son.

I grew up watching Hong Kong ’90s films. The three films I wrote and directed, Love Express, Confucius Plaza, and The Last Tip were inspired by Hong Kong’s cinematic style and natural realism — which have been showcased at the Museum of Chinese in America and Comcast’s Xfinity Lunar New Year collection.

With A Father’s Son, I want to direct it as a film noir with reference to Johnnie To’s PTU (2003) and Election (2005). I want to exhibit the grittiness of New York’s Chinatown with the Cantonese essence that will simulate 1994.”

Sentiments from Crime Mystery Author and Executive Producer Henry Chang “Collaborating with friends can be a nightmare fraught with personality clashes, creative differences, conflicting agendas, etc. THIS collaboration fortunately is fully compatible. Filmmaker Patrick Chen (Love Express, Underneath The Grey, The Last Tip) is a smooth operator with a hand-picked team who’s everything media-savvy that I’m NOT. I am old-school clinging onto the edge of social media, Facebook -LOL.

I’ll handle the books end of the endeavor though, and do a video and print promotions, sure! Now, it’s super cool to have my O.G. homie Tzi Ma back in da ‘hood where he shines. I’m also keen to have Perry Yung  on board, supporting us as fiercely as we supported him in Chinatown, New York City. Not to forget familiar faces of Alvin Tsang, Adam Lim, Shannon Ko and David Bettencourt who helped made our Kickstarter campaign video cool and copacetic. So far it’s a Dream Team…

Long overdue with REPRESENTATION with the Crazy Rich Asians success, is upon us. It’s hot times now and movies and platforms like Netflix, Disney+, Amazon are allegedly searching for diverse creative content. If so, the trickle-down hasn’t reached US yet so we’re very grateful for homegrown, and Chinatown, and American-Chinese support, who know that we are determined to tell OUR stories, by any means necessary. REPRESENT!! Because we got history here…

Most of all we love our supporters; the ones who make it work. Your faithful contributions to our campaign enable us. In the latest wave of post Crazy Rich Asians’ Gold Openings, it’s great to see people of color to come together and fill theater seats for movies like The Farewell and Lucky Grandma or Ms. Purple, but it’s especially important to support American-Asian stories that are underrepresented and unfunded, so that OUR stories can see the light of day. Our Backers (you) make this possible, from inception to the Screen. WE are nothing but dreamers without YOU!”

Lia Chang is an actor, a multi-media content producer and co-founder of Bev’s Girl Films, making films that foster inclusion and diversity on both sides of the camera. Bev’s Girl Films’ debut short film, Hide and Seek was a top ten film in the Asian American Film Lab’s 2015 72 Hour Shootout Filmmaking Competition, and she received a Best Actress nomination. BGF collaborates with and produces multi-media content for artists, actors, designers, theatrical productions, composers,  musicians and corporations. Lia has appeared in the films Wolf, New Jack City, A Kiss Before Dying, King of New York, Big Trouble in Little China, The Last Dragon, Taxman and Hide and Seek. She is profiled in Jade Magazine and Playbill.com.

All text, graphics, articles & photographs: © 2000-2019 Lia Chang Multimedia. All rights reserved. All materials contained on this site are protected by United States copyright law and may not be reproduced, distributed, transmitted, displayed, published or broadcast without the prior written permission of Lia Chang. You may not alter or remove any trademark, copyright or other notice from copies of the content. For permission, please contact Lia at liachangpr@gmail.com