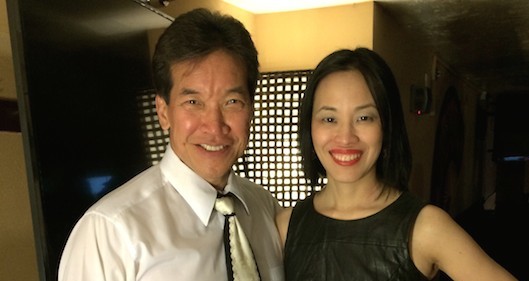 I’m thrilled that the 4th Annual Urban Action Showcase and Expo is presenting the 30th anniversary screening of John Carpenter’s cult classic Big Trouble in Little China on Saturday, November 12, 2016 at the AMC Empire 25 Theaters, 234 West 42 St, Times Square NYC at 4:00P.M.  in Theater #9. I’ll be in the house with my co-star and pal Peter Kwong (Rain).

Get your Festival Passes Here: http://www.urbanactionshowcase.com/event-passes.html
*General Admission gets you All Films and the Expo
*V.I.P Gets you everything!

Up Close and Personal with Actor Peter Kwong

The UASE is the only Action entertainment platform offering both fan and professional experiences through its International Action Film Festival, Expo and Awards platforms.

By focusing on the thrill and excitement of the Action genre and recognizing the need for integration, the UASE sets itself apart from other festival platforms as the only one of its kind! The purpose of the UASE is to ultimately see an increase in ethnic heroic principal characters in film and television, increase the development of content and expand distribution platforms reflecting multicultural images and interests as it pertains to the multifaceted Action genre.

Lia Chang is an actor, a multi-media content producer and co-founder of Bev’s Girl Films, making films that foster inclusion and diversity on both sides of the camera. Bev’s Girl Films’ debut short film, Hide and Seek was a top ten film in the Asian American Film Lab’s 2015 72 Hour Shootout Filmmaking Competition, and she received a Best Actress nomination. BGF collaborates with and produces multi-media content for artists, actors, designers, theatrical productions, composers, musicians and corporations. Lia is also an internationally published and exhibited photographer, a multi-platform journalist, and a publicist. Lia has appeared in the films Wolf, New Jack City, A Kiss Before Dying, King of New York, Big Trouble in Little China, The Last Dragon, Taxman and Hide and Seek. She is profiled in Jade Magazine and Playbill.com.