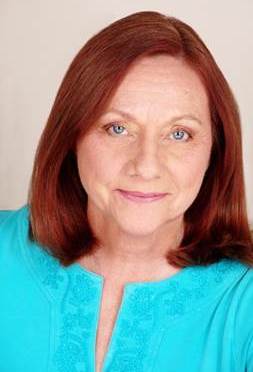 Veteran actress and Broadway favorite DALE SOULES has lots to celebrate this spring.  She has a featured role in AWOL, an independent film which premieres at the 2016 Tribeca Film Festival on Friday, April 15. She plays Lola Kirke’s mother, Ruthie, a hard-working, loving, single mom coming to terms with her daughter’s sexuality while helping her find her way in the world. Building from her award-winning short, writer-director Deb Shoval’s debut feature is a clear-eyed love story told with an assured voice and impressive attention to details of small town life in rural Pennsylvania. AWOLis a beautiful romantic drama that is both tender and tough in equal measure.

On Friday, June 17, the highly-anticipated season 4 of the hit NETFLIX series ORANGE IS THE NEW BLACK begins streaming. Dale plays Frieda, a member of the incarcerated ‘Golden Girls’ clique.  In a previous season, Frieda acknowledged that she committed a real crime, one that left audiences speechless.  She and the Girls helped Red (Kate Mulgrew) fix up the greenhouse and when problems arose over the smuggling tunnel, the Golden Girls made it clear that they are not to be messed with.

Dale recently received her second SAG Award for her ensemble work on ORANGE IS THE NEW BLACK (Season 3).

Ms. Soules most recently co-starred with Patti LuPone and Michael Urie in Shows For Days at Lincoln Center Theater.  Her Broadway credits include Hands On A Hard Body, Grey Gardens, The Crucible, The Magic Show (introducing Stephen Schwartz’s songs Lion Tamer and West End Avenue,) Whose Life Is It Anyway?, Dude, and her debut in the ground breaking Hair.  Her Off-Broadway, Regional, National and International work is extensive including Posterity, The Water Engine and The Joy of Going Somewhere Definite  (Atlantic Theatre Company),  2014’s award-winning production of I Remember Mama (all women over 65), Marsha Norman’s Getting Out,  Candide (Guthrie), All’s Well That Ends Well (Yale Rep.), Caucasian Chalk Circle, Landscape of the Body, and her one person show Chameleons (all Seattle Rep.), Maid (Directors Lab, Lincoln Center Festival).  Her television work includes “Unforgettable,” “Law & Order,” “American Playhouse,” “Sesame Street,” Maurice Sendak’s “Really Rosie,” among others. Her awards include two SAG Awards (for her ensemble work-ORANGE IS THE NEW BLACK) and the New Dramatists Charles Bowden Award for her dedication to new work and extraordinary contribution to theatre.

Lia Chang is an award-winning filmmaker, a Best Actress nominee, a photographer, and an award-winning multi-platform journalist. Lia has appeared in the films Wolf, New Jack City, A Kiss Before Dying, King of New York, Big Trouble in Little China, The Last Dragon, Taxman and Hide and Seek, which will screen at the Disorient Film Festival in Eugene Oregon in April. She is profiled in Examiner.com, Jade Magazine and Playbill.com.