On Sunday, Garth and I made our second film-related road trip to Philadelphia to attend the Official Selection screening of Hide and Seek at The Women’s Film Festival 2016 (TWFF’16), now in its second year. 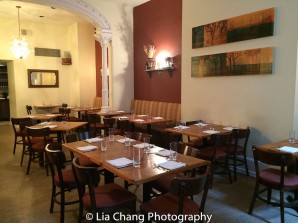 First on the schedule was the TWFF’16’s filmmaker’s brunch, held at the adorable Russet Restaurant, located in an old brownstone at 1521 Spruce St. in Philadelphia.

While the temps outside were on the cooler side, the atmosphere inside was warm, nurturing and delicious as  we noshed on Potato Herb Frittata, Baked French Toast and Pork and Sweet Potato Hash in the private sun drenched party room. 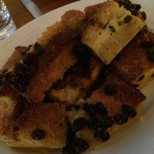 After the brunch, we headed to the Caplan Recital Hall on the 17th floor of the University of the Arts, where TWFF 2016 has been in full swing since March 11th. 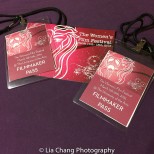 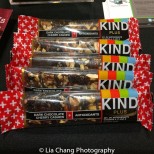 Christina May hosted the screenings. Photo by Lia Chang 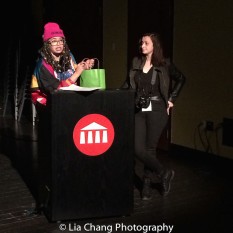 Christina May hosted the screenings. Photo by Lia Chang

After the screenings, we had international Skype Q & A sessions with Sandra Formatger Garcia in Paris and Marc Menish in Tokyo.

Screening Hide and Seek in celebration of Women’s History Month was especially meaningful, and I found the comments during the Q & A to be quite illuminating.

A special thanks to Phuong Nguyen, TWFF2016 Co-Founder/Co-Excutive Director, who has been so supportive of Hide and Seek, since our meeting at the Asian American International Film Festival in New York last summer.

ABOUT THE FESTIVAL
The Women’s Film Festival (TWFF) is an emerging event, bringing in audience members from all over the area and filmmakers, actors, and leaders from around the world. The festival aims to showcase projects that engage, inspire, and connect our community and as well to shed light on women’s issues.

‘Hide and Seek’ Starring Lia Chang and Garth Kravits to Screen at The Women’s Film Festival in Philadelphia on Mar. 13

Lia Chang is an award-winning filmmaker, a Best Actress nominee, a photographer, and a freelance Arts and Entertainment reporter. Chang recently received a Best Actress nomination at the 2015 Asian American Film Lab 72 Hour Shootout.  Lia has appeared in the films Wolf, New Jack City, A Kiss Before Dying, King of New York, Big Trouble in Little China, The Last Dragon, Taxman and Hide and Seek. She is a Scripps Howard New Media Fellow at Columbia’s Graduate School of Journalism, a Visual Journalism Fellow at the Poynter Institute for New Media and a Western Knight Fellow at USC’s Annenberg College of Communications for Specialized Journalism on Entertainment Journalism in the Digital Age. She is the recipient of the AAJA 2001 National Award for New Media and the OCA 2000 Chinese American Journalist Award. Avenue Magazine named her one of the “One Hundred Most Influential Asian Americans”. She is featured in Joann Faung Jean Lee’s book Asian American actors: oral histories from stage, screen, and television. She is profiled in  Examiner.com, Jade Magazine and Playbill.com.