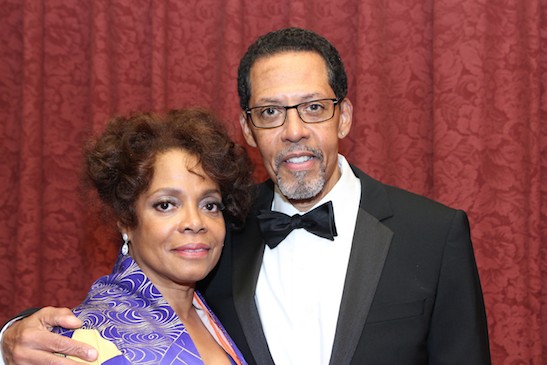 Denise Burse, most familiar to television audiences as Claretha Jenkins on Tyler Perry’s House of Payne, can currently be seen on the big screen in Anesthesia, actor-director Tim Blake Nelson’s new thought-provoking drama, where she plays a West Indian nurse opposite K. Todd Freeman, a man fighting drug addiction. 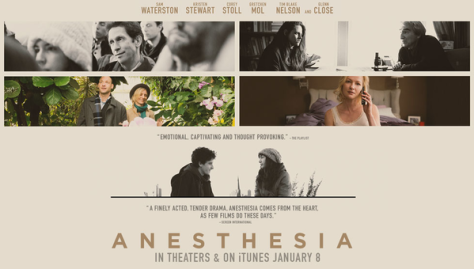 Thanksgiving came early for Ms. Burse when she booked an episode of Netflix’s critically acclaimed sci-fi anthology series Black Mirror, directed by Owen Harris, which she shot on location in London and Capetown. Black Mirror, created by the satirist and Newswipe presenter Charlie Brooker, is executive produced by Brooker and Annabel Jones. The streaming service is in the midst of producing 12 all-new episodes.

Ms. Burse returns to the stage in Seattle Rep’s production of Brownsville Song (B-Side for Tray) by Kimber Lee , directed by Juliette Carrillo, March 25 – April 24, 2016. Click here for more information on the show and buy tickets.

I caught up with the jetsetter the day after her birthday on January 13th to talk about her new projects, August Wilson and The 52nd Street Project.

Chang: Happy Birthday to you. How did you spend your birthday?
Burse: We went to see The Color Purple. We ran into Billy Porter backstage while visiting our friend Kevyn Morrow, who plays Pa in the show, Joaquina Kalukango (Nettie) and Danielle Brooks (Sophia). We met a lot of the cast backstage including Jennifer Hudson and Cynthia Erivo. Cynthia’s performance is nuanced, calibrated, and we were drawn in immediately. She deserves to win the Tony. She had just had her birthday on the 8th. It is an amazing production. The concept is so special in that the story itself is front and center, which allows for the performances to stand out even more. Everyone should treat themselves by seeing this show.

Chang: So your experience with Black Mirror was quite a whirlwind. Do tell.
Burse: The Black Mirror team called my agent saying that somebody recommended me to the casting people and the director as a match for Gugu Mbatha-Raw (Belle, Concussion). To my knowledge they did not come to the States to cast. The process started on Nov. 12th or 13th. I had a skype session with Owen, the director, on the 16th or 17th. They made sure my passport was in order and I flew to London right before Thanksgiving. I returned home at the end of November, got my travel documents in order for South Africa, and was on a plane to Capetown on December 10th for the second component of the shoot. My connection was through Johannesburg, and in consideration of the long flying time, Netflix was generous enough to fly me first class, which made the flight a lot more humane.

Chang: Who do you play?
Burse: I play Elder Kelly, she is the elder version of Gugu’s character.

Chang: Are you a Sci-fi fan?
Burse: I am a big fan of good story telling. The genre doesn’t matter as long as the story is well told.

Chang: Have you been to London before?
Burse: It was my first time for both London and Capetown. I had a little time in London, but because I was in such a rush to leave the States, I was still sort of jet lagged. One day off I slept. I did not get to venture out too far. I saw some of the countryside on rides to the film location. My driver explained what the areas were. I stayed at the very posh hotel, The Landmark London Hotel in downtown London, so I saw the big shops, and the quaint shops.

Chang: What was your experience working on Black Mirror?
Burse: My time on set and off with Black Mirror was pretty amazing. The executive producers, directors, designers, cast and crew all seemed to be very open and welcomed me as a part of the team. I have very high admiration for the work ethic and atmosphere that my director, Owen Harris, created on set. All of the supporting crew, the makeup and costume people doted on me so that my character’s look was fully realized in the aging process.

Chang: What did you discover that you have in common with Gugu?
Burse: I finally had the chance to meet her during table read. We were both young when our parents divorced. We have a mole in the same spot on our face, and right hand. We’re both petite, and we like good music, good conversation and a good laugh.

Chang: We really enjoyed her when we saw her in Belle.
Burse: She’s gorgeous and a real talent. I first saw her work in Undercovers, the television show she did with Boris Kodjoe, and have admired her work over the years.

Chang: In February, you’re off to rehearse for Seattle Rep’s production of Brownsville Song (B-Side for Tray) by Kimber Lee. Who do you play?
Burse: I play a woman named Lena, who is the matriarch of her family, raising her deceased son’s children. It is essentially the story of the kinds of issues that families face in environments that are clearly unsafe, that are riddled with crime that goes unresolved, where people feel underprotected, and often unheard. It’s the story of this family and how they survive in these kinds of circumstances and conditions. How you rise above each time to sojourn on and try to get through life in spite of the circumstances. It’s the tale of this one particular family and a young life that was cut short.

Chang: This is your third time at Seattle Rep. What were your other shows?
Burse: I was at Seattle Rep the first time in ’93. I went to do a production of The Piano Lesson.  Lloyd Richards was still alive and directed it. It was such a dream job to have the experience of being directed by such a fine director who had made the journey with August Wilson, early on with so many of his plays. The second time I was there was for another August Wilson play, Radio Golf. It was on the journey of getting it to Broadway.

Chang: What was your experience with August Wilson?
Burse: Whenever there was a production being done of one his plays, particularly in the beginning stages, Mr. Wilson made a point of being in the room so he could listen and watch the director and actors work. I was fortunate to have his presence during two of the shows that I worked on even though they had had a Broadway production. During the work on Radio Golf, Mr Wilson was diagnosed with cancer and wasn’t able to be present in the room. But he continued to work on the play from home until the very end. The art world suffered a great loss with his passing. We are ver fortunate that he created a body of work that will live on for many generations to come.

Chang: It’s only January and you’re already having quite a year.
Burse: I want to say to my fellow artists who have had as long a wait for the next job, as I have experienced,  I hope you’ll find these words encouraging.

‘My hope and trust is in God. It’s what keeps me going. I have learned over the years, what God has for me is truly for me and it’s always better than anything I could imagine.’

I encourage my fellow artists who are waiting for work to hold on. Your blessing is coming, just continue to Believe.

A native of Atlanta, Ms. Burse honed her craft performing at the Just Us Theatre, The Alliance Theatre and The Atlanta Children’s Theater.

Lia Chang is an award-winning filmmaker, a Best Actress nominee, a photographer, and an award-winning multi-platform journalist. Lia has appeared in the films Wolf, New Jack City, A Kiss Before Dying, King of New York, Big Trouble in Little China, The Last Dragon, Taxman and Hide and Seek. She is profiled in Examiner.com, Jade Magazine and Playbill.com.

All text, graphics, articles & photographs: © 2000-2016 Lia Chang Multimedia. All rights reserved. All materials contained on this site are protected by United States copyright law and may not be reproduced, distributed, transmitted, displayed, published or broadcast without the prior written permission of Lia Chang. You may not alter or remove any trademark, copyright or other notice from copies of the content. For permission, please contact Lia at lia@liachang.com